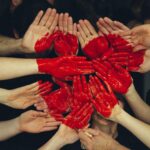 This article was originally published in BostInno in February 2021.

Kerry Bowie wants more people of color and those with low to moderate incomes to care about green tech and the benefits of renewable energy.

Bowie, who is Black, is an environmental engineer by training. Now a managing partner at Boston consulting firm Msaada Partners, Bowie noticed how white men dominated the green energy space. He believes creating more opportunities for people of color can allow them to benefit from some environmental goods, including jobs in the clean energy sector.

Browning the Green Space is a nonprofit designed to create pathways to employment in the clean energy space. One goal is to provide training, internships and virtual field trip opportunities to those living in underrepresented communities to get them interested in topics like energy efficiency and solar installation.

Over the next 12 months, the group aims to create 100 clean energy jobs for underrepresented groups; conduct diversity, equity and inclusion training for 100 companies; and secure 10 contracts of $500,000 or more for minority- and women-owned firms.

Simply put, Bowie said, the initiative is a way to prepare communities of color and women for the “green wave” or “tsunami” of cleantech and renewable energy jobs that are coming online soon. He points to Biden-Harris administration priorities and progress on a climate bill locally as evidence of that.

No matter “what race or ethnicity you are,” Bowie said, “how much money you make, what language you speak, you should have a right to clean air, to clean water, to open spaces.”

Goldman, vice president and treasurer of Browning the Green Space, said he, Bowie and all those involved have set “really ambitious goals” to create more opportunities for Black and brown founders in the clean energy sector. He said lack of diversity has always been a concern that no one seemed to know how to go about fixing.

After social unrest last spring in the wake of George Floyd’s death at the hands of a policeman in Minneapolis, both Goldman and Bowie figured now was the time to do something.

“I think what happened during that period was we said, ‘All right, we’ve got to move faster, we’ve really got to kick this into high gear,’” Goldman said.

A coalition of 70 leaders in the environmental justice and clean energy space had been talking about forming an initiative since the fall of 2019. The group decided on a strategy and turned that into the Browning the Green Space nonprofit by September 2020.

Bowie, who serves as president of the initiative, wants to reach those most harmed by pollution and fossil fuels. He said some of those communities include “gateway” cities such as Brockton, Lowell, New Bedford, Lawrence, Springfield, Holyoke and Worcester.

Bowie previously worked as an associate commissioner of operations for the Massachusetts Department of Environmental Protection during Gov. Deval Patrick’s administration. With Goldman’s collaboration, he wants to figure out why city, state and federal contracts aren’t being given to people of color.

Goldman, managing director of CEV, said local utilities have “abysmal” records on this. One goal is to boost procurement for established small businesses led by underrepresented groups.

“There’s a huge opportunity in the energy space, specifically to get contracts with energy companies that are very lucrative,” Goldman said. “In some cases, there’s a financing backstop to that.”

Browning the Green Space is currently seeking 501(c)3 status in Washington, D.C., and is beginning to fundraise. Already, the group has scores of volunteers, and Bowie and Goldman plan to eventually bring on full-time staff.

Bowie is optimistic about what Browning the Green Space can accomplish as the cleantech landscape shifts in the coming months.

“Most of our folk are doing the work, in a sense we want to amplify what they’re doing, and we want to fill gaps and build bridges,” Bowie said. “There’s a lot of moving pieces to this, and I think we can make some tremendous change for Black and Latinx folk and women.”

Sign up to receive our monthly newsletter and periodic updates from team BGS.

Prior to the current dual crises of the day – a healthcare pandemic and a police brutality epidemic – climate change and the wealth gap were arguably the two biggest issues we faced as a nation here in the U.S. These two problems still loom and will unfortunately still be with us even after a vaccine for COVID-19 is fully distributed and policing reform has been enacted. The Browning the Green Space Initiative is working on addressing climate change while closing the wealth gap, and we hope that you will join us in this fight!